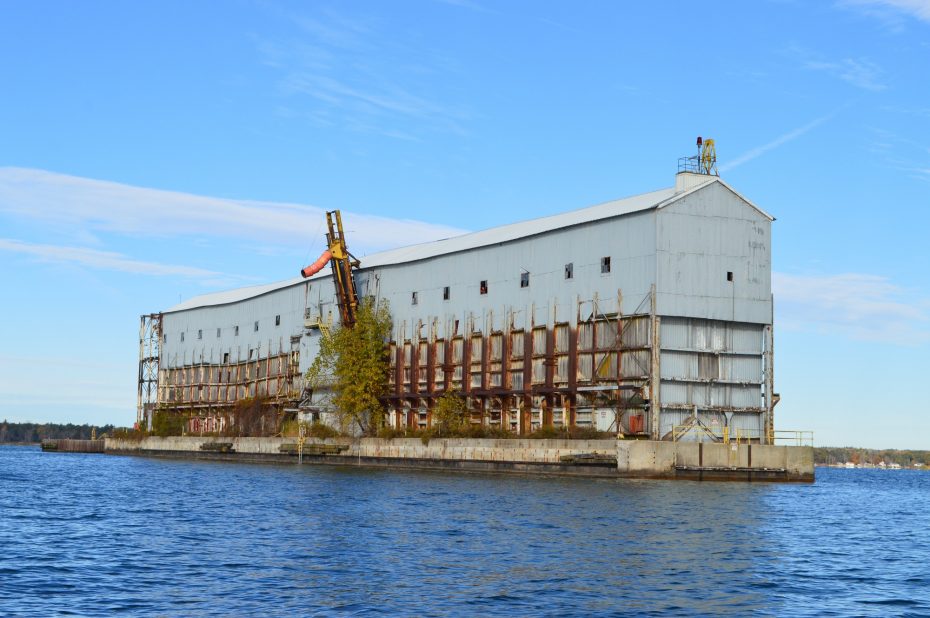 In a time of event cancellation announcements around the state, nation and world, USG confirmed it will proceed with the removal of the company’s iconic rock bin located one mile offshore from Alabaster in Lake Huron.

The project is approved by state and federal regulators, and the work is contracted through Ryba Marine Construction of Cheboygan.

“While our marine bin has been a familiar waypoint on the Lake Huron shoreline for many decades, it has been out of use since 2002,” said Matt Craig, USG’s plant manager. “We are aware there are many in the community who have asked that the structure be left in place, but the fact is, time and the elements have taken a toll. For safety reasons, it’s time to deconstruct the building.”

Craig said the first step is cleaning up decades of bird waste on and around the structure to address health concerns as the project gets underway. As the weather warms, crews will be visible from the shore, working throughout the summer with an anticipated completion of the project later this year.

As part of an agreement with the U.S. Army Corps of Engineers, USG will document the deconstruction of the historic structure for archiving purposes. 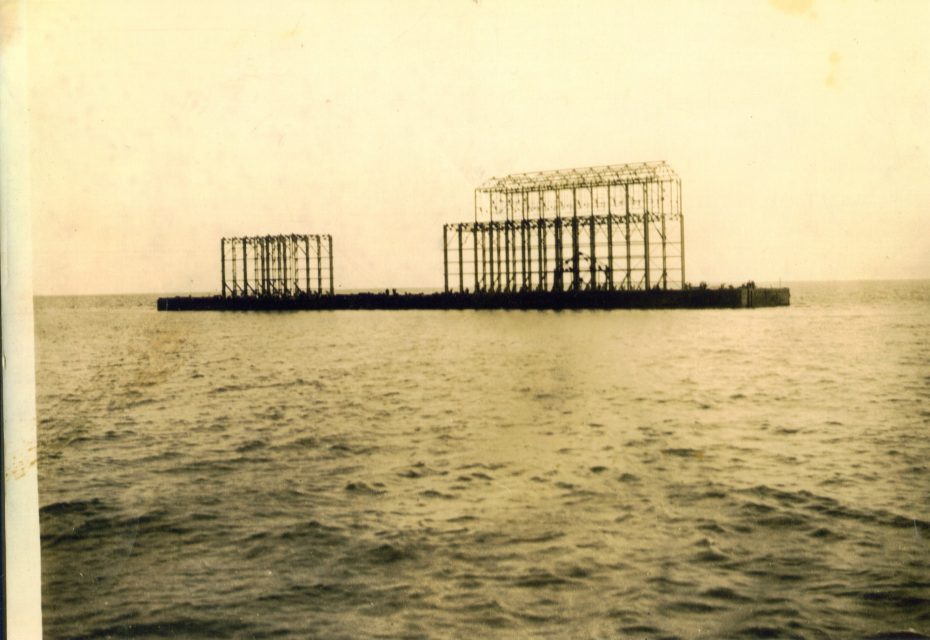 Steel supports being installed during bin construction in the 1920s. 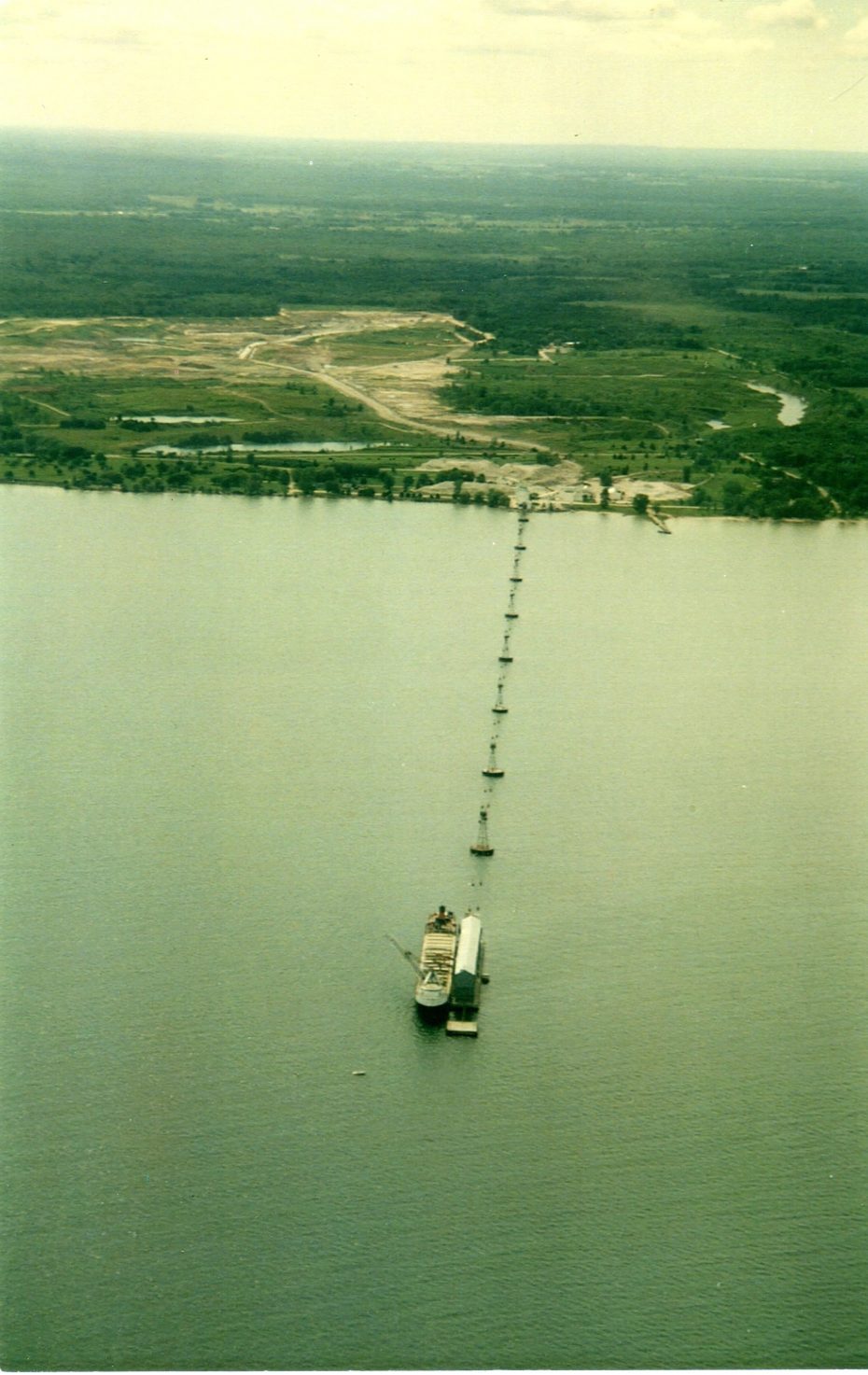